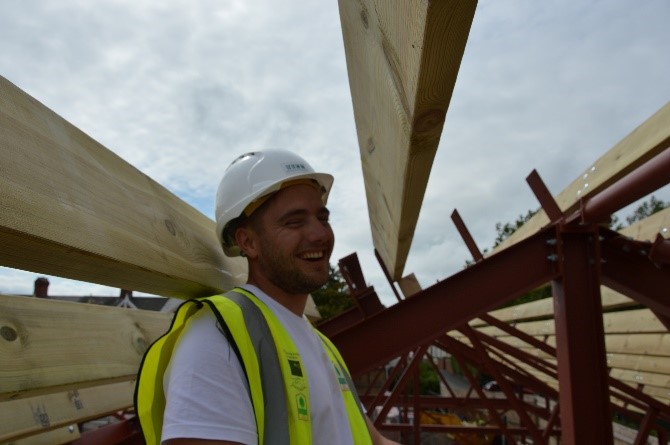 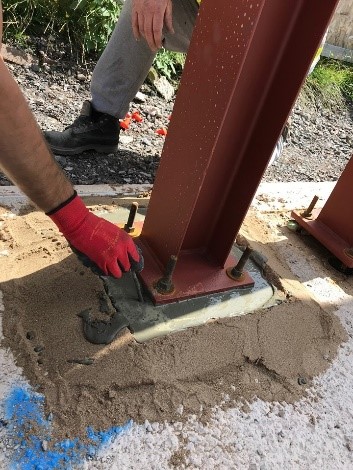 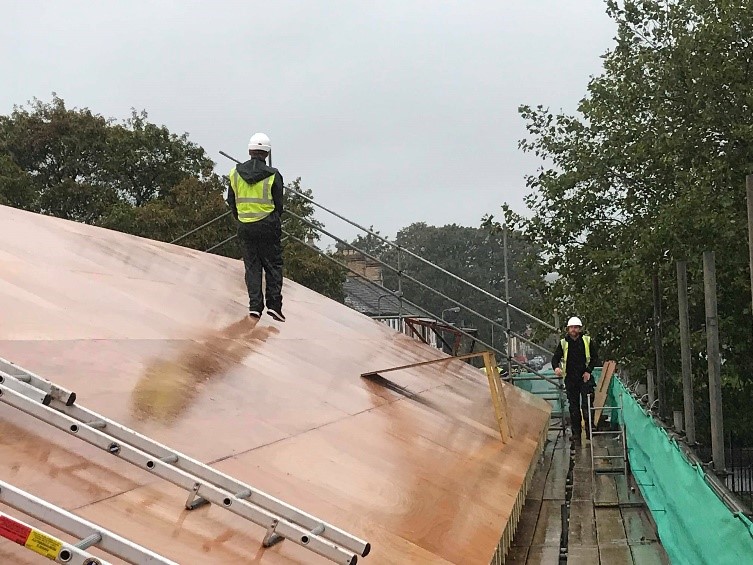 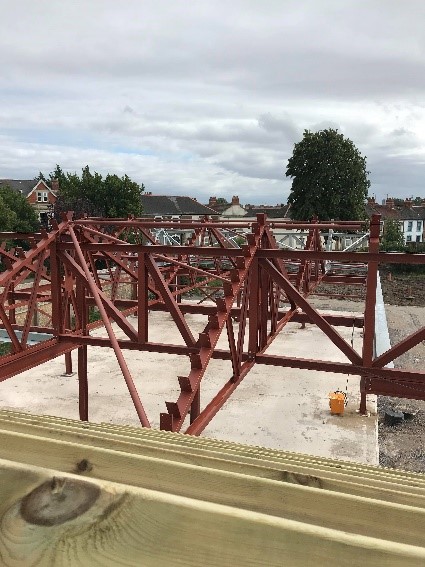 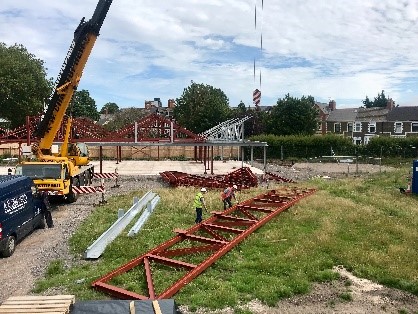 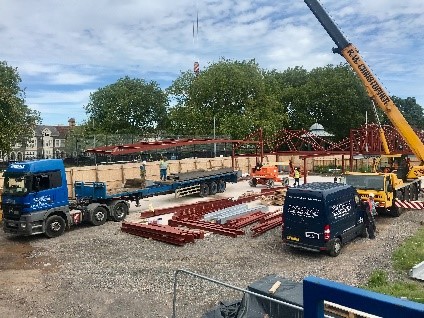 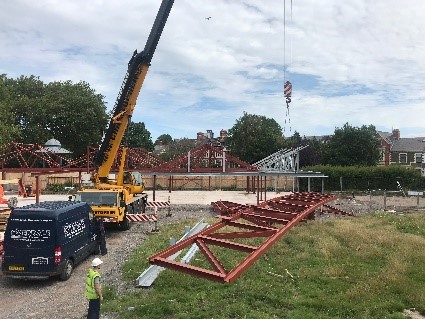 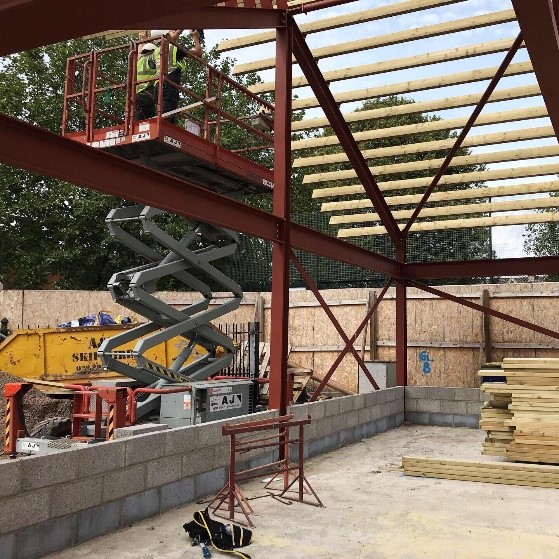 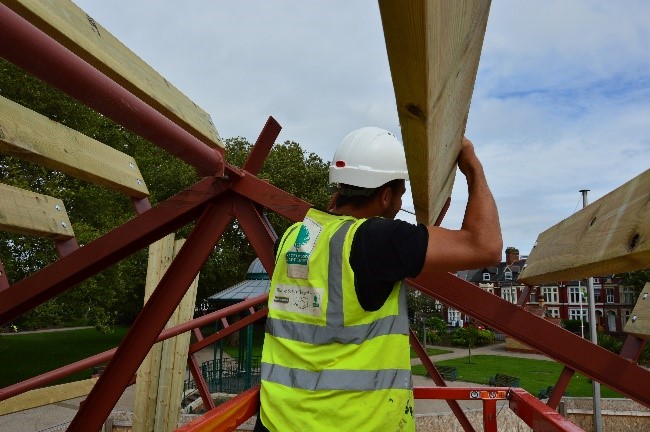 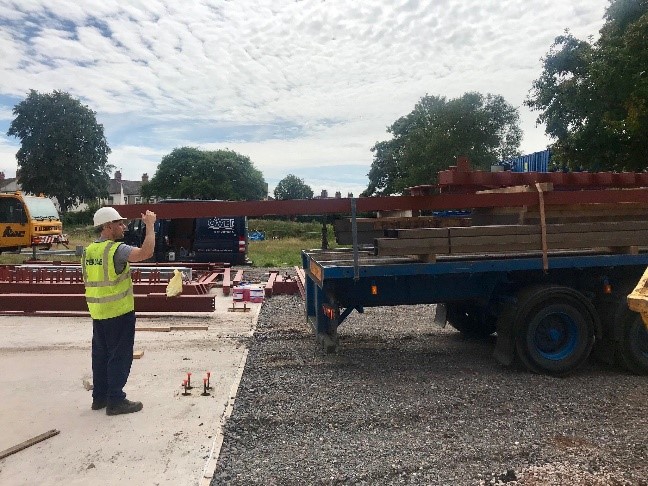 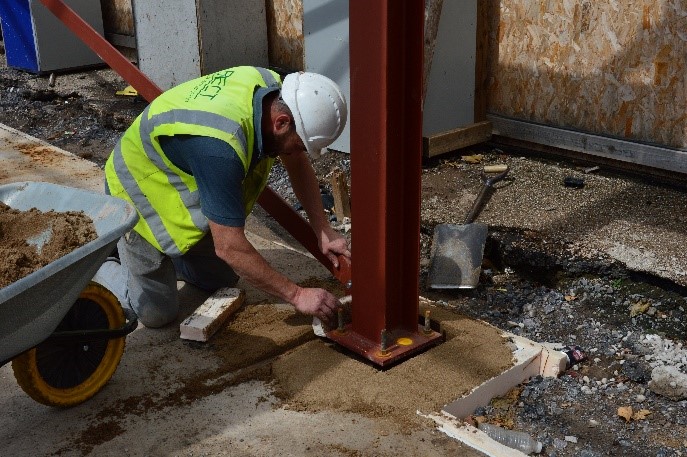 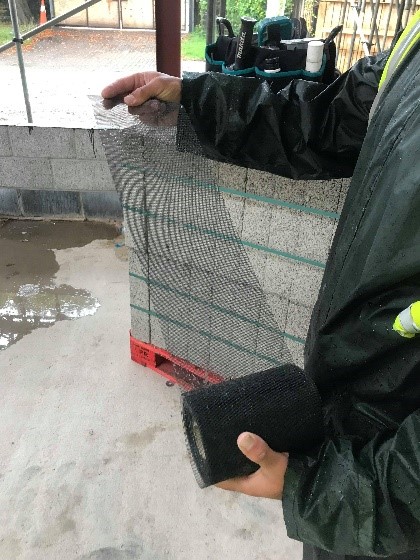 On the July 26th, 2019, the long-awaited first steel delivery came to Grange Gardens, and the construction of the Grange Pavilion was underway.

After years of fundraising, months of site preparation, and hours of negotiation between Cardiff University, Grange Pavilion Project and Grangetown Community Action, the Grangetown community became one step closer finalizing their idea for an all-inclusive and accessible community center. As a team, we couldn’t be happier! In a post on Twitter, Community Gateway’s project lead Mhairi McVicar expressed her excitement for this momentous milestone ‘Seven years after Grange Pavilion residents’ group teamed up with the Grangetown community, a Grangetown owned and managed space is becoming a reality. Proud to be part of (this) Community Gateway! Huge thanks to the Big Lottery Fund Wales and all funders for their guidance and support #BuildingItTogether’ (@mhairimcvi)

This blog post will highlight all the updates from the last few months of construction (July-September), with some behind the scenes photos from the construction site. In the future, we will have more updates on how the building has progressed throughout the course of the Autumn, Winter and Spring, all the way up to the launch in March.

July 2019-the month of steel assemblies

A fun fact about this building is that both the heaviest and the lightest parts of the building are located on the roof! The heaviest part is the truss which weighs about 3 tons, and the lightest part is the mesh netting attached to the roofing to allow for ventilation and to prevent insects from getting in. The material used to create the netting is made from multiple woven fiberglass wires that are 0.228mm in diameter. For this building, designers decided to use a 150 mm wide mesh, and when the 50 m that they had to use, it weighed less than 1 kg!

On the 12th of August, the steel assembly was complete, and the grouting work began!

While the final touches on the steel assembly were taking place, the construction workers started the excavation process, removing earth from the ground to form a hole. On smaller construction sites, the excavation work is often done manually with tools such as pickets, shovels and wheelbarrows. On larger sites like the Grange Pavilion, excavators are used to get the work done more effectively.

Towards the end of the excavation processes, construction workers began grouting the steel baseplates. This process aims to create a still connection with the steel columns and the foundation of the building and will reduce vibrations and retain the structural integrity of the building. Firstly, the workers had to ensure that all columns were at an exact 90-degree angle. In the case of angled steel, construction workers used a steel wedge to straighten the steel. Secondly, the workers created molds made of sand, also known as bunds, around every steel column. Lastly, the mix of water cement and sand, commonly called grout, was slowly poured into the bund and left to dry out.

Once the steel ‘skeleton’ was assembled and grouted, the builders started to work on putting purlins on the roof. Purlins create the framing of the roof, and as the Grange pavilion will have a one-of-a-kind roof design, it was important to place the purlins in a specific pattern.

Throughout the month of September, there were multiple weeks of nonstop rain, making it hard for the construction team to work outside. Despite these complications, the rain couldn’t stop them, and the workers continued to work in every weather condition! We were extremely proud of our team and were delighted to hear that everything was going smoothly and according to plan.

At the beginning of September, the rest of the components were laid on the roof creating the roofing frame ready for next steps of construction. The specific types of panels used to complete this are known as battens and ridges.

During the rest of the month, the workers prepared the scaffolding for the roofing work to take place. This was done to prepare for the zinc roof which would be applied later in the construction process. There are many benefits to zinc roofing, such as the material being very corrosion resistant and self-heating, meaning that if there are scratches on the material it can recover well over time, and overall has a very low-maintenance care regime.

While the roof was being worked on, workers also continued laying down bricks to build the walls of the pavilion. Although brick laying may be a tedious process, it is all part of creating a strong foundation for the building!

Stay tuned to our blog for another build update in the Autumn!

With love,
The Grange Pavilion Team

Support our work with a one-off or recurring donation